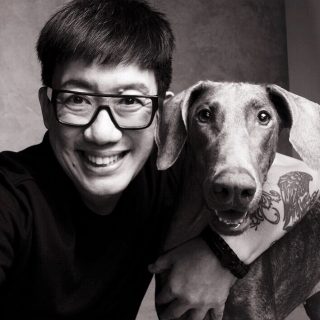 Daniel Boey, referred to as the “Godfather of Singapore fashion” by HerWorldPlus and “Singapore’s fashion royalty” by IS magazine, is a fashion / creative director whose name is synonymous with inspired, cutting-edge and groundbreaking ideas, and is one of the most sought-after fashion and lifestyle curators in Asia.

As a fashion director, Daniel has worked with regional and international celebrities the likes of Tyra Banks, David Archuletta, Bar Rafaela, Adam Lambert, Jodie Kidd, Denise Keller and Allen Wu, and was invited as a guest stylist for an episode of “Germany’s Next Top Model”. In addition, he collaborated with fashion designer Jay Quek to create the looks for the characters of “Monster Rock”, a show at Universal Studios in Singapore that premiered in 2010. He has also contributed to international style bibles SURFACE, WALLPAPER and SHOWstudio.

Daniel the author released his autobiography “The Book of Daniel: Adventures of a Fashion Insider” in 2014, in celebration of his 50th birthday and 25th year in fashion.

Daniel graduated from the National University of Singapore in 1989 with a BA in Geography and English Literature.