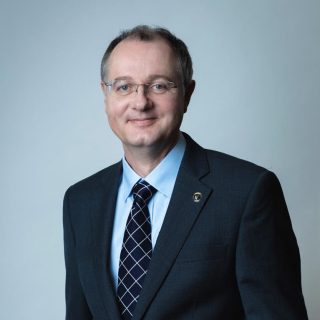 Prior to becoming Provost of SMU, Timothy Clark was Pro-Vice-Chancellor (Social Sciences and Health) at Durham University, United Kingdom, where he was also Executive Lead for Computer and Information Services (CIS) and Estates and Buildings.

Professor Clark joined Durham University as Professor of Organisational Behaviour (2002-19), becoming Chair of the Board of Studies (Head of Department) at Durham University Business School (2007-10). He was appointed Dean of Graduate School and Internationalisation at Durham University (2010-12), and Dean and Deputy to Pro-Vice Chancellor (Education) (2012- 15). He also served as Executive Lead for Computer and Information Services (CIS) and Estates and Buildings from 2018.

He was made an inaugural Academic Fellow of the International Council of Management Consultancy Institutes in 2013, and Principal Fellow of the UK Higher Education Academy in 2015. He was appointed to the Register of Auditors of the Hong Kong Quality Assurance Council as an International Reviewer in 2014, and reappointed in 2016, and has been Vice-Chair of the Economic and Social Research Council’s Training and Skills Committee.