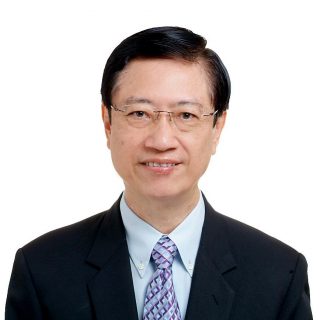 Soo Kok Leng was with HP from 1977 for almost 20 years based in Singapore and the US. He held various management positions from Engineering to Regional HR and Worldwide Supply Chain. After HP, he was the Executive Director & Group GM of Falmac Ltd, responsible for worldwide knitting machines and yarn spinning businesses. In 1997 he led the start-up of 3Com Technologies in Singapore.

Since 2002, he had been providing Strategic & General Management consultancy and conducts customised Strategic Thinking workshops based mainly on Sun Zi’s Art of War. Simultaneously, he held various appointments in public, listed and private organisations in about a dozen different industries including past appointments as Chairman, JTC, ST Electronics Ltd, Singex group of companies, Mt. Faber Leisure Group, etc.

Not only is he currently the Chairman of several companies including CapitaLand Commercial Trust Management Ltd, Temasek Management Services Pte Ltd, but also a director on several other boards and is a Governor of the Singapore China Foundation. He was appointed as an Honorary Economic Advisor to the Binhai New Economic Area, Tianjin, China in its early years.

He was a Corporate Advisor of ST Engineering Ltd and is still a Corporate Advisor of Temasek International Advisors Pte Ltd and was Singapore’s Non-Resident Ambassador to the Republic of Austria for ten years. Also, for ten years he was an Adjunct Professor with the University of Singapore (Engineering and Technology Management). Furthermore, he judged for the ASEAN Business Award for two years.