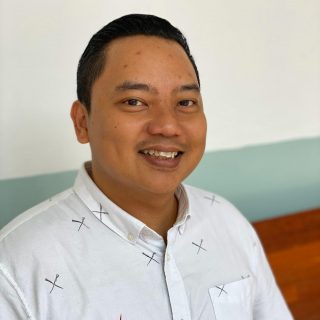 Faizad has a Masters in Language Studies from the National University of Singapore and a Post-Graduate Diploma in Education from the National Institute of Education. He currently teaches H1 General Paper and H2 English Language and Linguistics and is the Assistant Department Head of Student Leadership in Raffles Institution.

In 2014, Faizad was trained in the LEGO® Serious Play® (LSP) methodology and in 2019, he was trained as a Points of You (PoY) facilitator. Faizad has keenly explored infusing both LSP and PoY elements into the school curriculum by using it for class-bonding activities, setting the tone for a culture of enquiry and respect at the beginning of the school year and getting groups of student-leaders to explore what leadership means to them. He also actively shares with other educators on the potential applications of the LSP and PoY methodologies via the Teacher-Led Workshops conducted under the auspices of the Academy of Singapore Teachers (AST).

While Faizad is busy moulding the future of the nation, on some nights he manages to escape the humdrum of reality to immerse himself in the world of theatre. He is partial to local productions and new works. Apart from indulging in theatre as a pastime, Faizad can also be spotted stuffing his face at buffet spreads or hanging out at hipster cafes.